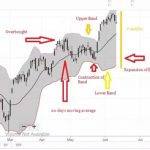 The more accurately a trader determines overbought and oversold levels, the faster he is predicting the price and getting his revenue. Here are 6 tools, that are going to be useful in market analysis and rate predicting.

What does is mean overbought and oversold?

If the market is overbought or oversold, the direction of the chart is most likely going to reverse. Most of assets on Forex follow the same logic of pricing:

In order to be amongst the first sellers or buyers, every trader aims to determine these zones as accurate as possible. There are some made up tools, which are going to help with that.

In order to determine these states of the market, traders usually use special indicators. They are called oscillators. The most commonly used oscillators are listed below:

Actually, there are more of them. These are the best, because they proved their effectiveness in trading many times. In addition, they do not require any special mathematical background.

Stochastics’ main idea is analyzing previous maximal and minimal levels. This indicator is more technical. It signals about terminal states if the rate is about to hit the value, that was previously an extreme level. When the indicator value is more than 80, it is considered as overbought. When it is less than 20 – oversold.

RSI – relative strength index. This is one of the most popular oscillators. The index takes values between 0 and 100. It shows how fast the rate is going up or down at the particular moment. When index value is getting lower, it is a signal that the direction of the chart is likely going to be changed soon.

Williams %R is completely similar to Stochastic, except that the index takes values from -100 to 0. 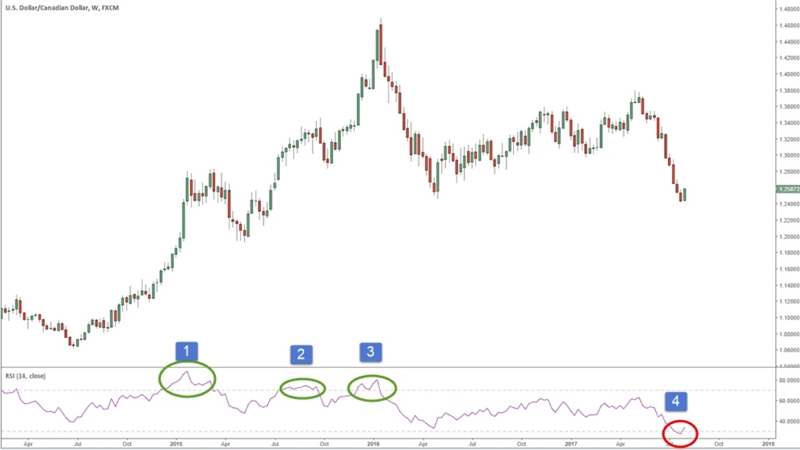 MACD is similar to Momentum, except that it shows histograms of price levels. Each bar starts with the average line and shows how high or low the price was at each period.

Bollinger bands is just a more detailed variant of MACD and Momentum. It displays not only an average line, but also maximum and minimum lines that cover 95% of price levels in all selected periods. On a screen, it is implemented with three lines above a chart.