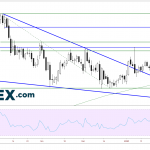 Outside of the United States, flash PMIs were generally better than expected with only the EU Services and Composite dragged lower by strikes in France.  And although in the US, the manufacturing PMI was weaker, both the services and composite PMI’s were better.  With that being said, 10-year Treasury Notes are up over 20 ticks today and stocks are currently lower.  It appears that, although China is going through great lengths to contain the spread of the coronavirus, ahead of the weekend that markets aren’t taking any chances. A second case in the US was confirmed, this time in Chicago, and the markets don’t want to take any chances that more cases will be discovered over the weekend.
Buying bonds is considered a flight to safety.  When there is uncertainty in the markets, traders sell stocks and buy bonds.  The US 10-year Treasury Note has been in a falling wedge since the beginning of October 2019.  Prices broke out in early January, then pulled back to retest the downward sloping trendline of the wedge on January 8th.  However, the trendline held and prices are on the move higher once again.  Looking at the candles on a daily timeframe, we can see that the market has been nervous this week.  Including today, 10 years have closed all 5 days  this week (although there is still half a trading day left today). Today, price broke through the 50% retracement from the highs on October 4th to the lows of December 19th near 130 00.  It is currently testing horizontal resistance near 130 06.  Above here, resistance comes across at the 61.8% retracement level near 130 15.  Horizontal resistance comes across at 131 06 before reaching the October 4th highs at 132 1. 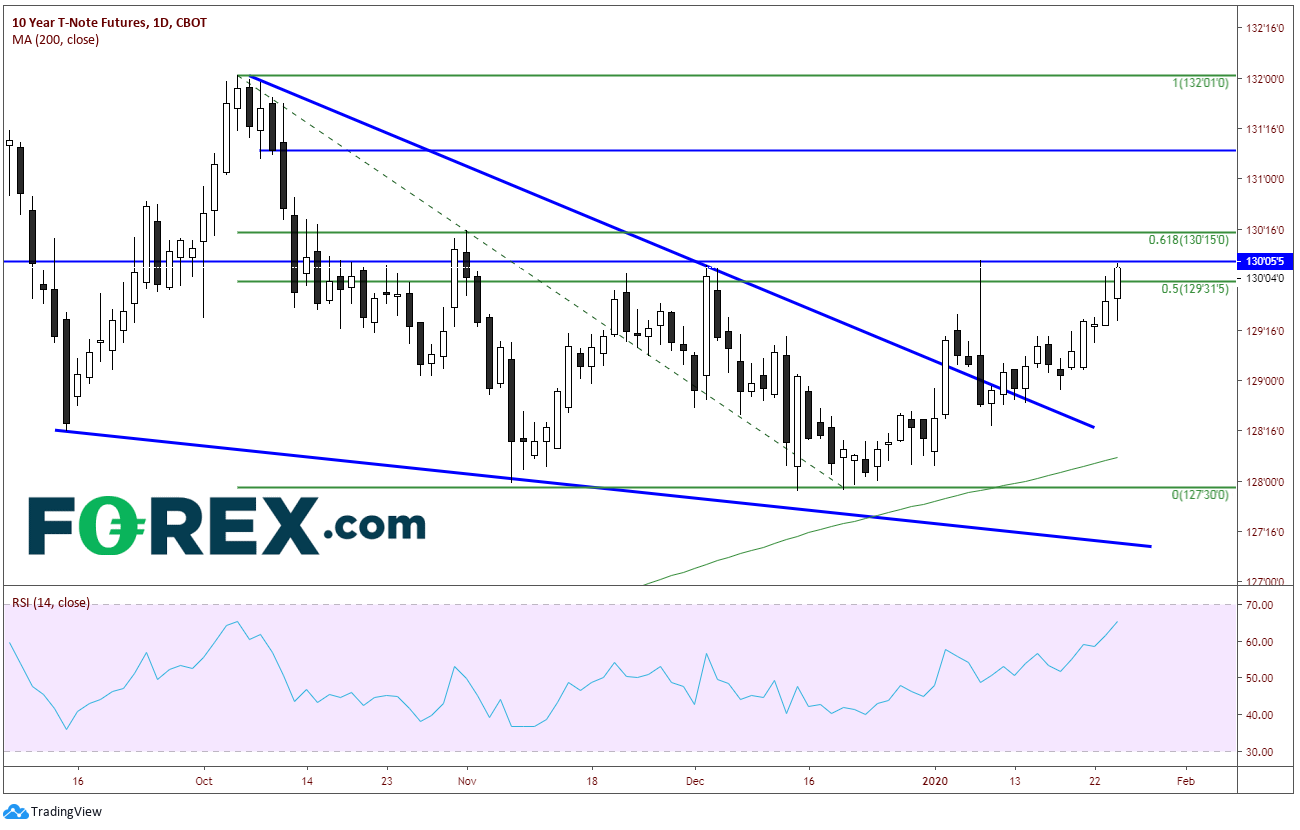 Source: Tradingview, CBOT, FOREX.com
On a 240-minute timeframe, as price was moving higher this week out of the falling wedge, it formed a series of higher highs and higher lows.  The trendline below is the first level of support near 129 16.  (Also pay attention to the RSI, as it has moved in to overbought territory, however is not yet diverging with price).  Below that is the prior low at 128 29, and then the confluence of support near the downward sloping trendline on the daily and the 200 Day Moving Average near 128 10. 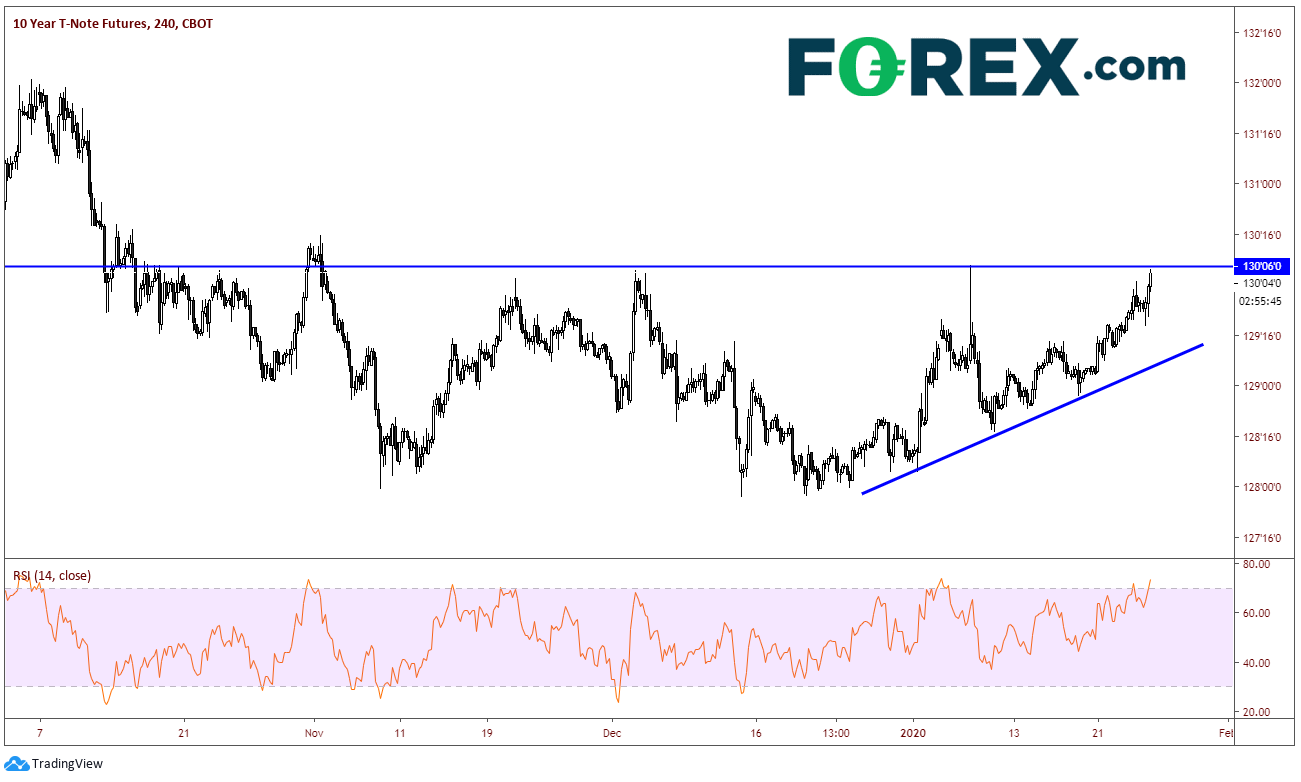 Source: Tradingview, CBOT, FOREX.com
If there is positive news over the weekend concerning the containment of the coronavirus, 10 years may very well gap open lower on the reopen Monday morning (Sunday evening in US).  However, if more cases are confirmed and there doesn’t seem to be much progress in reducing exposure to the virus, prices may continue to move higher.