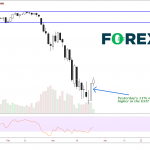 The US Senate and White House reach FINALLY reached a bi-partisan fiscal stimulus deal worth an estimated $2 trillion.  The deal was reached at roughly 1:00am ET this morning, though traders have been expecting the agreement all day yesterday, as the DJIA rallied over 11% in its largest one day move since 1933. 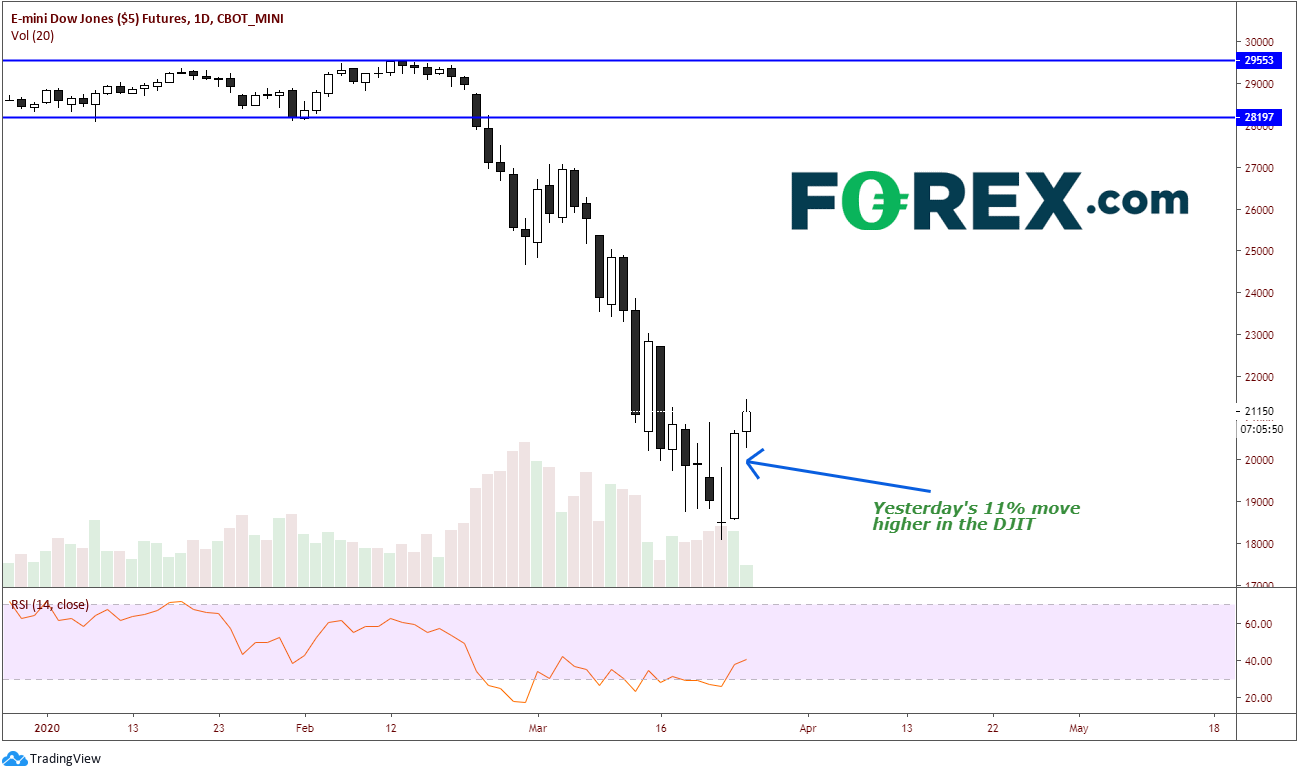 Source: Tradingview, FOREX.com
As global stock markets caught up to yesterdays closed in the US, the US Dollar began to pull back.  However, on a 240-minute the DXY has already been consolidating in a pennant formation since reaching the 161.8% Fibonacci extension from the highs in mid-February to the lows on March 9th.  The consolidation is near a trendline dating back to May 2018.  If the DXY does break higher from here, the target is near 109.80. 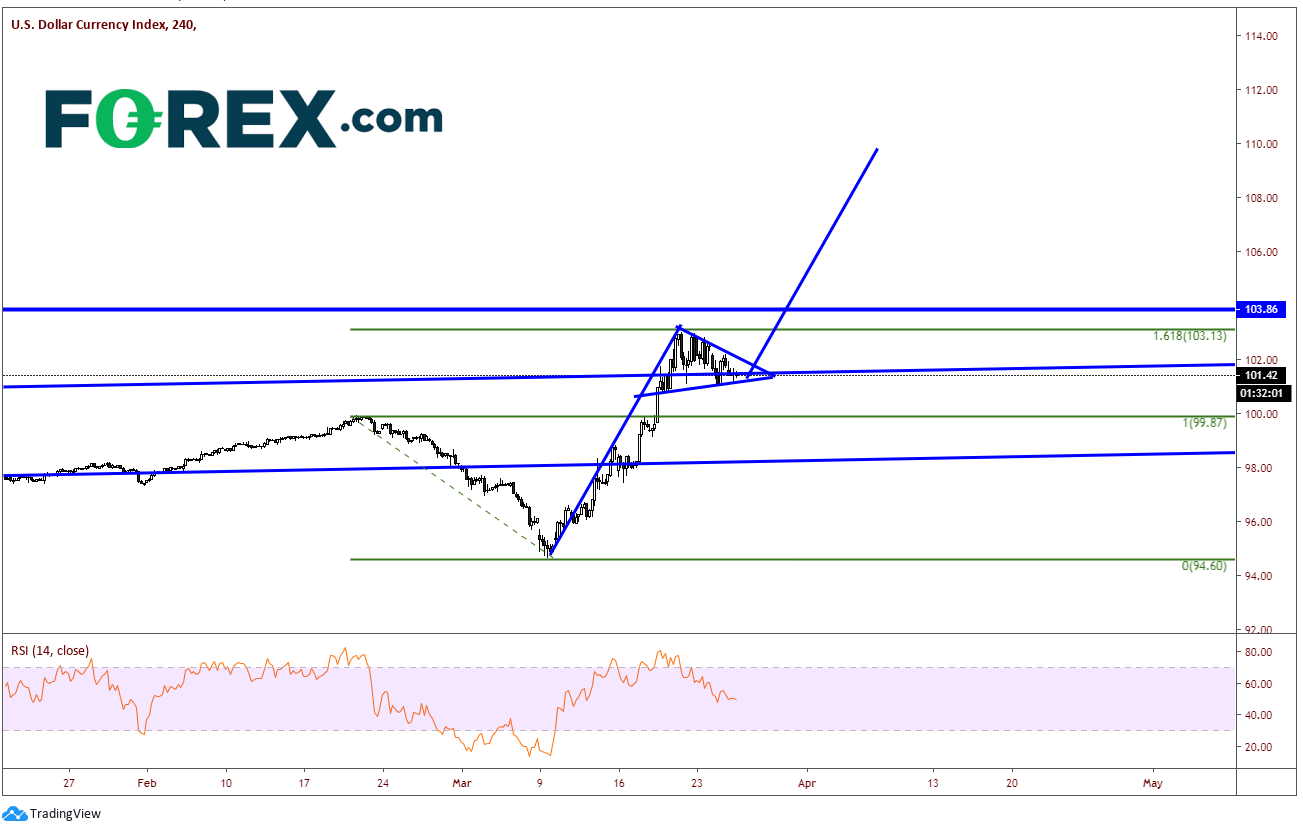 Source: Tradingview, FOREX.com
EUR/USD often trades the inverse to the DXY, as the Euro makes up almost 58% of the US Dollar Index.  So, it would make sense to see a similar, opposite move in EUR/USD.  On a 240-minute Price action in the EUR/USD has been moving lower since the highs on February 20th, stalled on March 20th, and began consolidating in a flag like formation.  This too seems as its ready for its next move.  If price does break lower out of the flag formation, the current target is near parity (1.0050).  (EUR/USD can still move higher, as high as 1.1070 and still be in a valid flag formation, just note that from wherever price breaks lower from the flag, the flagpole needs to be adjusted to that breakdown point. )

Source: Tradingview, FOREX.com
On a daily GBP/USD chart we can the US Dollar pair is trading in a resistance zone, just below 1.2000.  If price holds below this key psychological resistance area and pulls back, it would provide more evidence that the  DXY can move higher.

Source: Tradingview, FOREX.com
The set-ups and resistance in these US Dollar pairs provide evidence that DXY may be headed higher.  We have seen an extreme move off the lows on March 9th from 94.60 to roughly 103.  It’s hard to imagine we could see a move like that again soon.  But then again, the way these markets have been moving over the last month, it is possible!