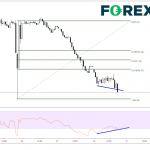 On Friday, the DXY was down over 0.6% and today to selloff continues.  Price today is down nearly another 0.4% in US trading as the DXY looks to test the spike lows from the Christmas night (in US session).  Price is diverging on a short-term time frame; however, yearend flows will dominate and technical won’t be as relevant if people need to get things done for end of year. 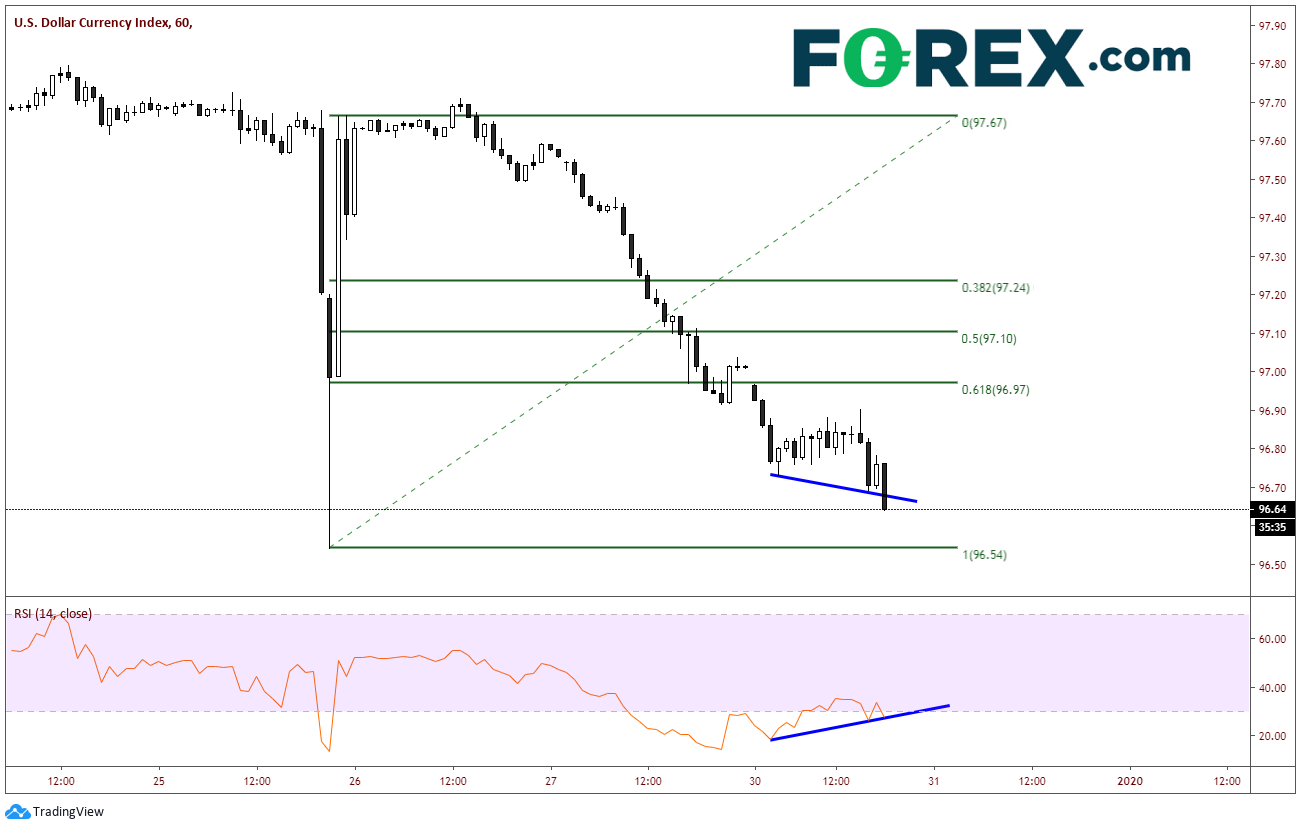 Source: Tradingview, FOREX.com
Even though technicals may not be as important when funds need to get things done, it is still important to look for areas where price may pause or reverse.  DXY is well underneath the upward channel it has been in since mid-2018.   If DXY breaks through recent spike lows,  the next level is the 50% retracement level from the June 2018 lows to the highs on September 30th of this year at 96.43.  Below that is a zone for support between the 61.8% retracement of the same time period and horizonal support, between 95.66 and 95.84.  Resistance is back at the upward sloping channel line near 97.50. 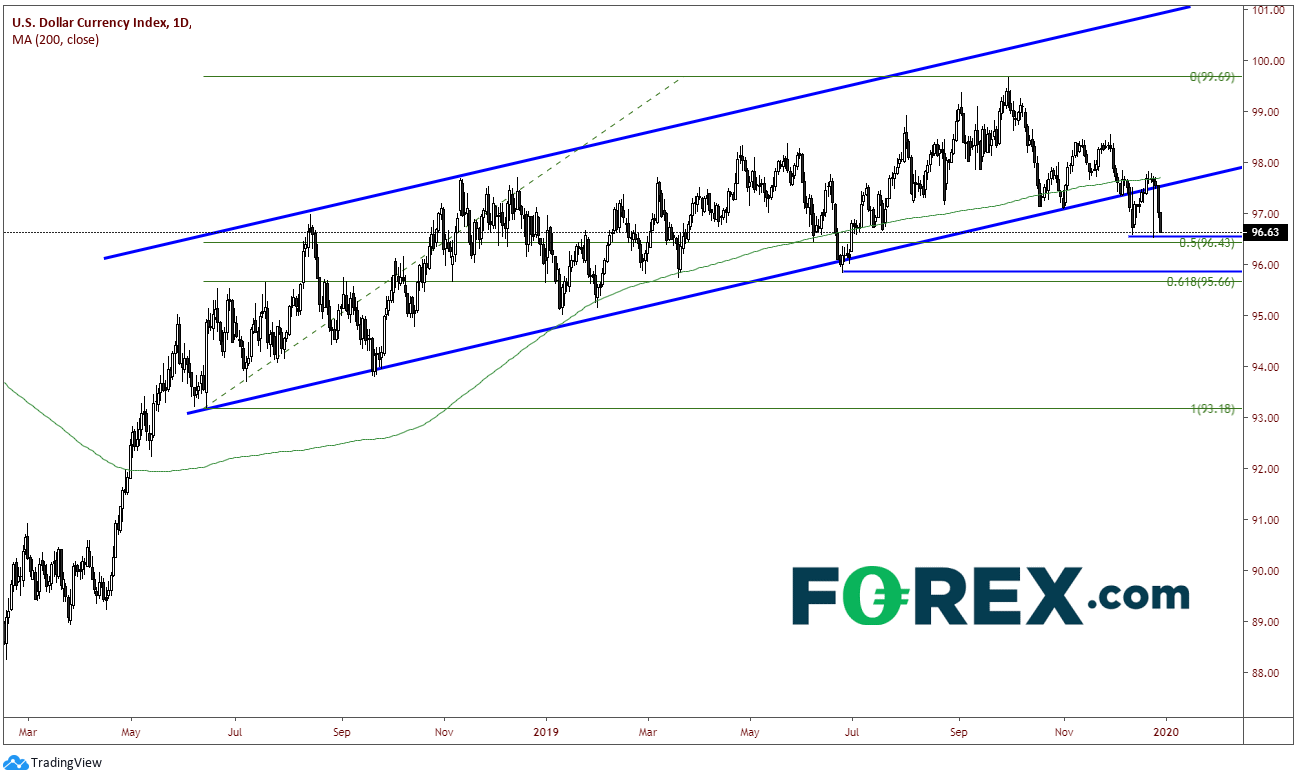 Source: Tradingview, FOREX.com
As a result, many of the US Dollar counter currencies are continuing to trade higher.
EUR/USD has broken decisively above 1.1200 and the 61.8% retracement level from the June highs to the September 30th lows at 1.1207.  If this move continues, price can easily run up to 1.1350. 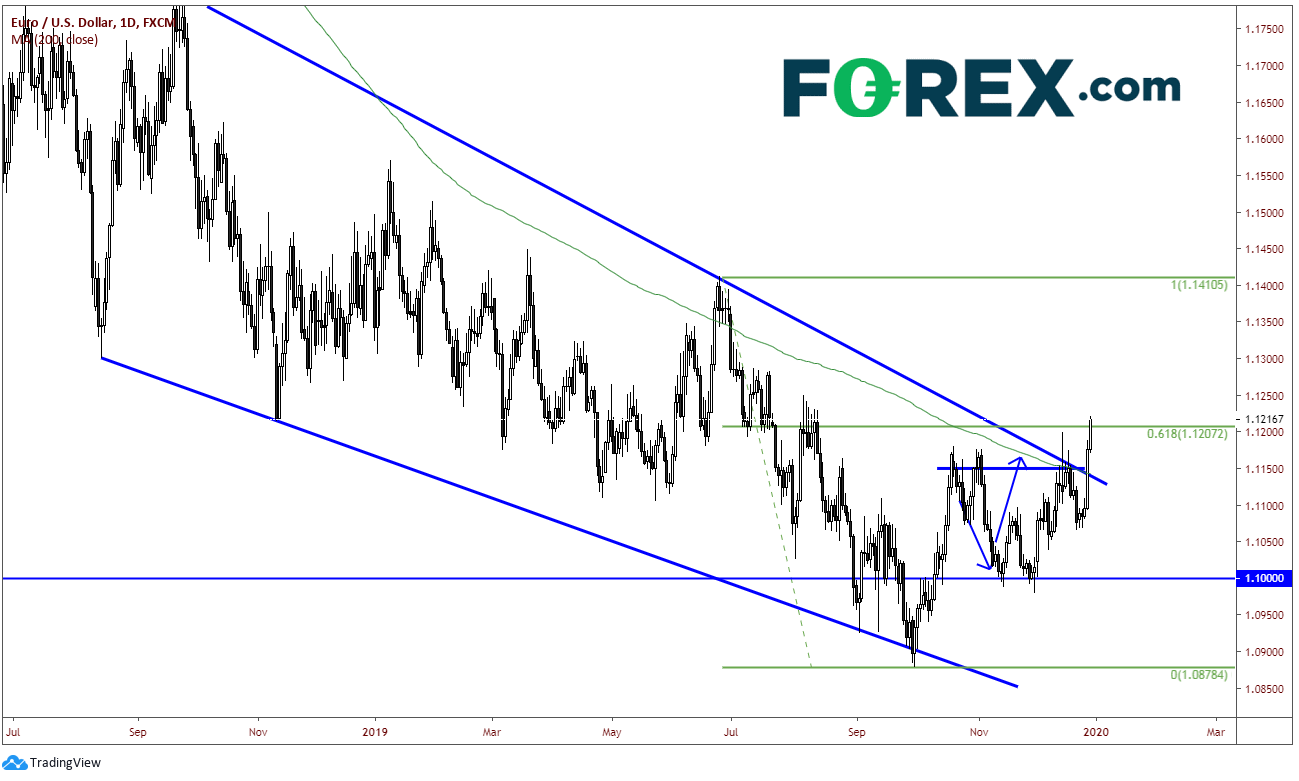 Source: Tradingview, FOREX.com
USD/CHF twice failed to take out the 61.8% retracement level from the April 25th highs to the august 12th lows and put in a double top.  Price is moving towards the target of the double top near .9640 and well as the August 12th lows near .9663. 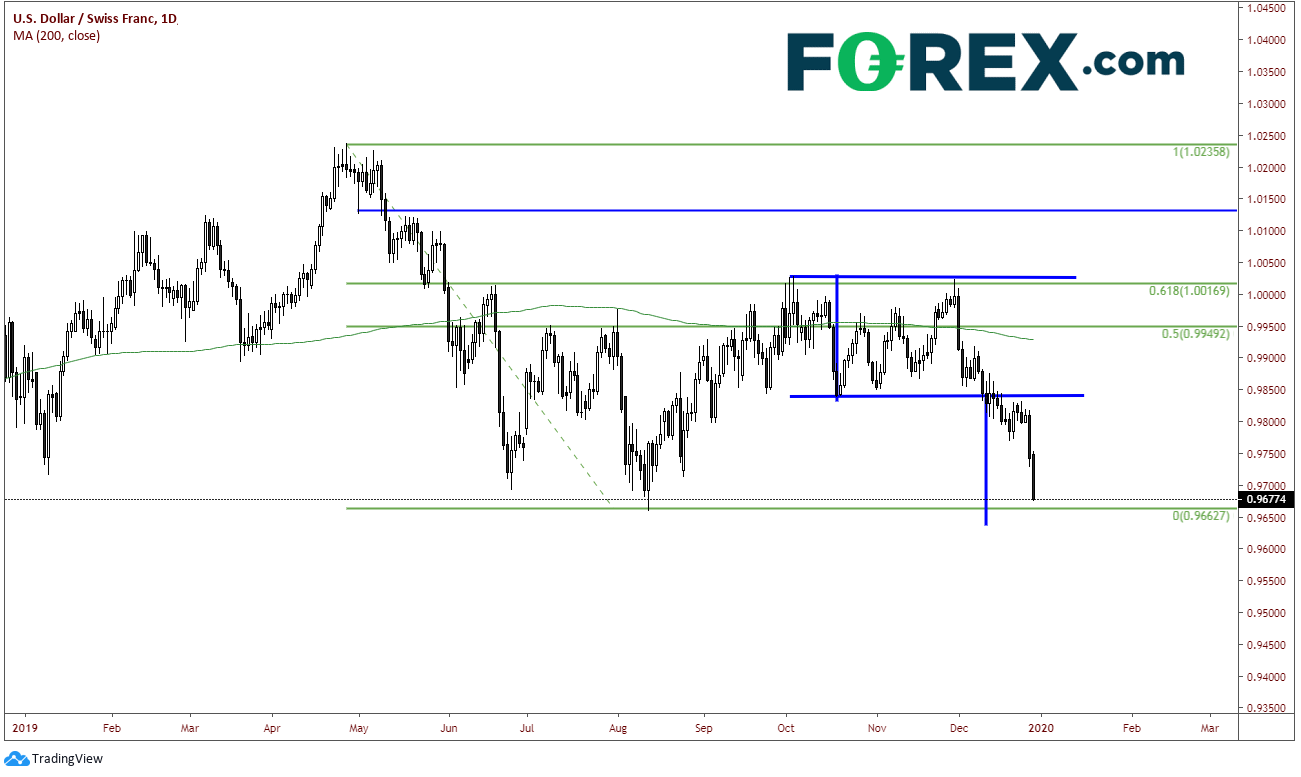 Source: Tradingview, FOREX.com
Commodity currencies have been hit as well vs the US Dollar, with USD/NOK being on of the hardest hit over the last few weeks.   The bid is the Norwegian Krone has been hit by a double whammy of a weak US Dollar and strong oil.  Price has fallen from a high of 9.1846 on December 12th to current levels near 8.7894.  Along the way, and pair has broken the 200-day moving average, horizontal support and the 61.8% retracement of the move from the low on July 19th to the highs on December 12th.  The RSI is in oversold territory. 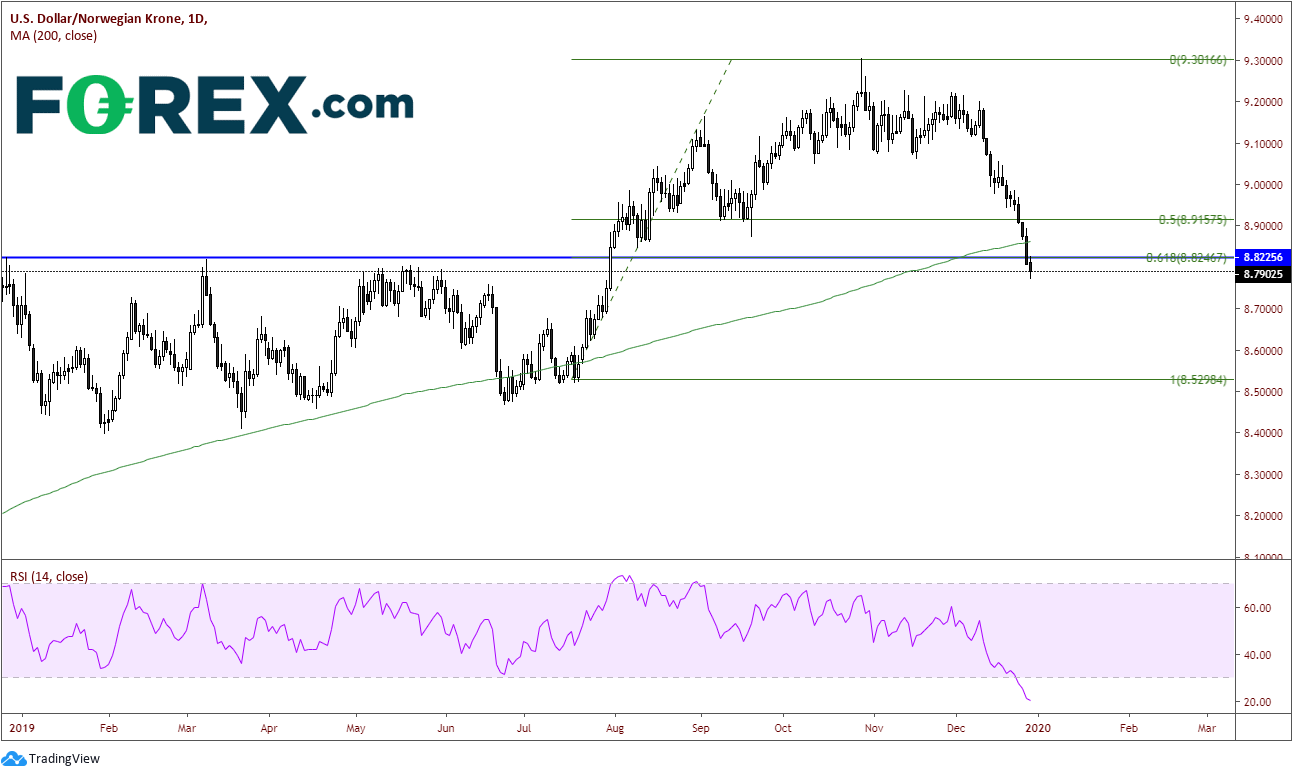 Source: Tradingview, FOREX.com
Note the Australian Dollar, the New Zealand Dollar and the Canadian Dollar are also testing to putting in new recent highs vs the US Dollar as well.
It is important to remember that until the market reopens January 2nd, these appear to be year end flows.  Many of the US Dollar moves continue to be exaggerated. The technicals mentioned here will become more useful once we enter the new year.