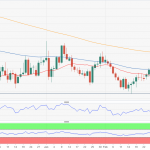 Tough week for the common currency, following a more than dovish surprise for the ECB. The central bank was expected to downgrade inflation and growth forecasts and to maintain rates on hold, which it did. The downward surprise was the announcement of a new round of TLTRO, the third one. Furthermore, Draghi & Co. pushed back rate hikes plans, stating that will now will remain at their current levels at least until the end of 2019 or as long as required. Draghi blamed external factors as the main reason behind the poor data that triggered these decisions. The EUR/USD pair fell to its lowest since June 2017, printing 1.1175 before paring losses. The pair bounced modestly from such a low but was unable to extend gains despite a mixed US employment report. The US added just 20K new jobs in February, well below the expected 180K. The headline, however, was the only dismal figure, as January number was upwardly revised to 311K from 304K, while the unemployment rate was better-than-expected, falling to 3.8%. Additionally, Average Hourly Earnings rose 0.4% MoM and by 3.4% YoY, beating the market’s forecasts. The decline in the headline reading was attributed to dismal weather conditions, partially offsetting its negative impact. Meanwhile, growth in the EU showed modest signs of improving according to the final versions of Markit February PMIs, falling short, however, to suggest a bottom has been reached. Growth progressed at its slowest pace in four years in the Union. Fears are still high. In the US, on the other hand, the ISM Non-Manufacturing PMI impressed to the upside, alongside housing data.  The scale is skewed in favor of the greenback, with multiple US figures scheduled for next week to determine whether dollar’s strength is set to continue in the longer run, starting with Retail Sales on Monday and CPI data on Tuesday. The EU macroeconomic calendar has little of relevance to offer until next Friday when the Union will unveil CPI figures. There’s a couple of political factors that have yet to be resolved and could affect these two currencies. China-US trade talks are making ‘progress’ according to both parts, but there’s no agreement yet. Market players are optimistic about it, but such optimism could turn into pessimism if no solution is quickly announced. The other critical factor is Brexit, as the market is focused on how it will affect the UK, but everyone forgets about the other half. A hard landing will affect Europe to a lesser extent, but won’t be a bed or roses. EUR/USD technical outlook The EUR/USD pair trades around 1.1232, measly 50 pips above its multi-year low. The weekly chart has now a clear bearish stance, with the pair developing below all of its moving averages, with the 20 SMA accelerating its decline and close to cross the 200 SMA. Technical indicators head south, the Momentum with limited strength and near neutral readings but the RSI now at its year low at 39, supporting further declines ahead. In the daily chart, the pair settled far below all of its moving averages, all of them with marked bearish slopes, while technical indicators barely recovered from their daily lows, the RSI holding near oversold readings, also supportive of a bearish continuation. The mentioned weekly low is the first resistance ahead of the 1.1100/20 price one, where the pair has several weekly lows from early 2017. Below the level, bears will try to test the 1.1000 figure. The pair would need to regain 1.1300 to be able to correct higher, with room for a high in the 1.1375/1.1400 region. 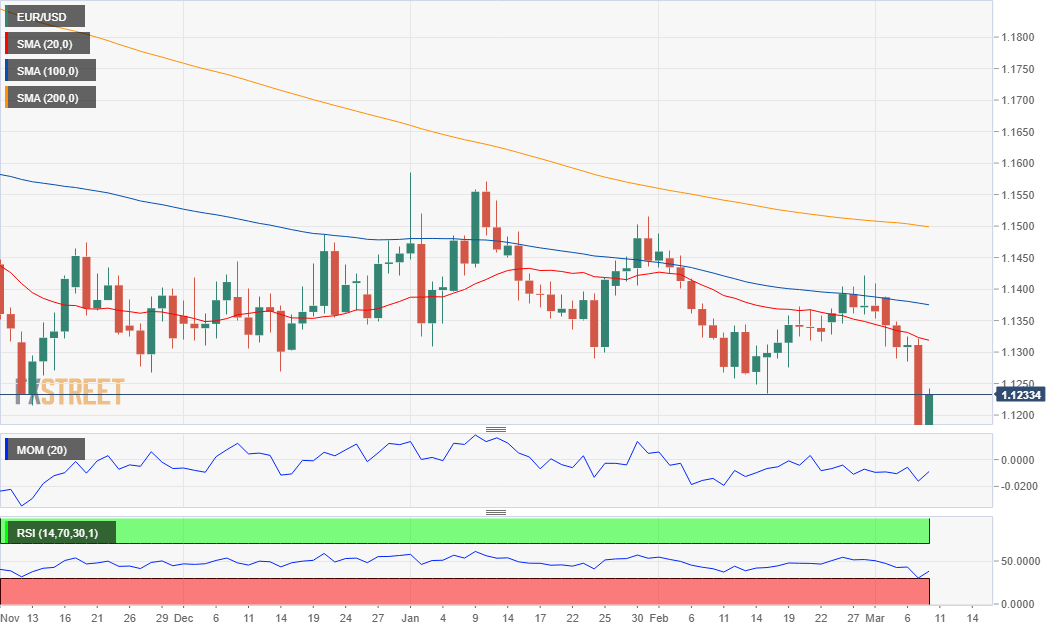 EUR/USD sentiment poll The FXStreet Forecast Poll offers quite a mixed sentiment picture, as the range of possible targets for the upcoming week goes from 1.09  to 1.17, indicating that investors are still struggling to determine whether growth or central banks weigh more. Nevertheless and despite the neutral stance, the larger accumulation of targets is below the current level, which results in the Overview moving average having a nice bearish slope. In the monthly perspective, however, there’s a sharp U-turn in sentiment, with most targets above the current level and bulls up to 59%. The upward pressure is even larger in the 3-month view, with 69% of the polled experts betting for further gains, with the pair seen on average at 1.1414.