Gold prices are under pressure even as the International Monetary Fund (IMF) reduces its global growth forecast, and the current environment may continue to sap the appeal of the precious metal especially as the U.S. dollar appreciates against most of its major counterparts. 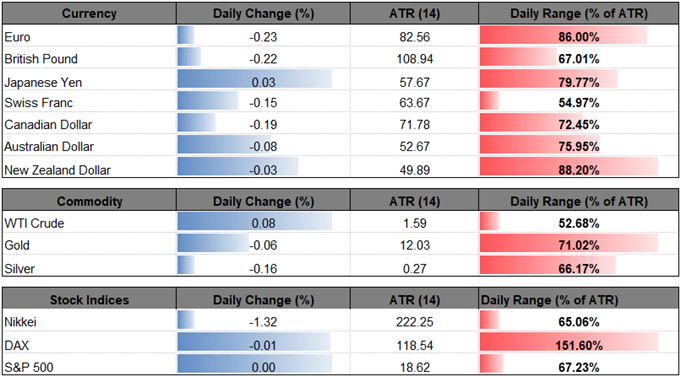 Gold fails to catch a bid despite growing concerns surrounding the world economy, and the precious metal may ultimately snap the range-bound price action carried over from the previous month amid the failed attempt to test the September-high ($1213).

The recent rout in risk appetite has done little to boost the appeal of bullion even as global equity prices extend the decline from earlier this month, and market participants may continue to shun the precious metal as there appears to be no signs of a flight to safety.

With that said, the current environment may keep gold under pressure as the Federal Reserve appears to be on course to further embark on its hiking-cycle, and Fed Fund Futures may continue to reflect expectations for another 25bp rate-hike at the next quarterly meeting in December as the central bank largely achieves its dual mandate for full-employment and price stability. 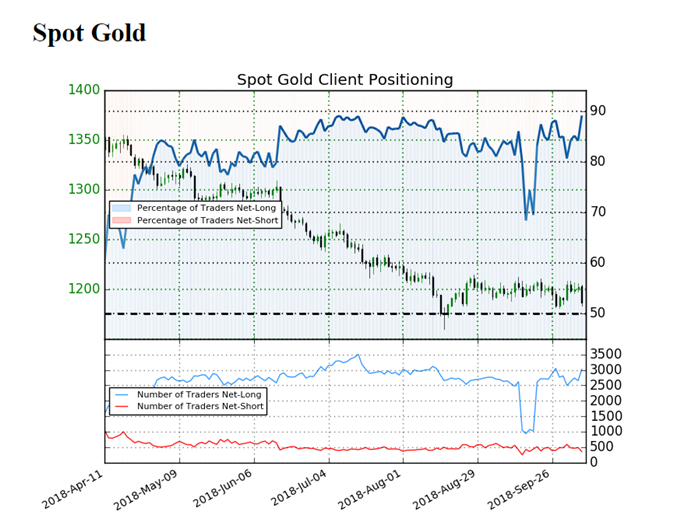 The persistent skew in retail interest provides a contrarian view to crowd sentiment, with the string of failed attempts to test the September-high ($1213) raising the risk for further losses as the precious metal appears to be on its way to threaten the range-bound price action carried over from the previous month. Sign up and join DailyFX Currency Analyst David Song LIVE for an opportunity to discuss potential trade setups. 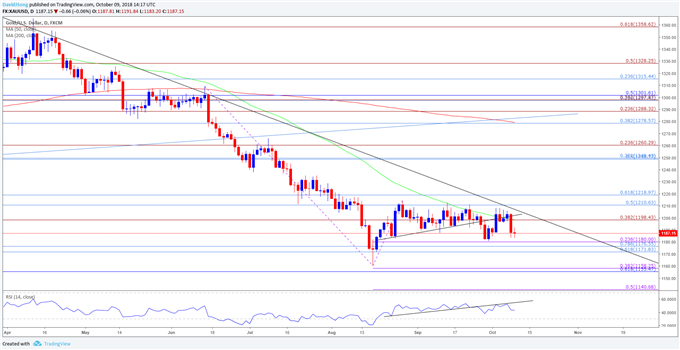 For more in-depth analysis, check out the Q4 Forecast for Gold

Are you looking to improve your trading approach? Review the ‘Traits of a Successful Trader’ series on how to effectively use leverage along with other best practices that any trader can follow.

Want to know what other currency pairs the DailyFX team is watching? Download and review the Top Trading Opportunities for 2018.