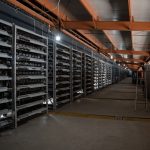 How do exchange rates of cryptocurrencies change?

Other cryptocurrencies’ prices also increase. Specialist connect this fact with psychological factors. When 1 bitcoin costed more than 10000 dollars, traders with a few thousand dollars could afford to buy only a quarter or a third of it. It influenced negatively on the psychological state of traders. So, their prefered to buy hundreds or even thousands of less popular cryptocurrencies, then to purchase only a part of 1 bitcoin. It has led to the different, even little-known cryptocurrencies’ price increase. Among them are Cardano and Monero. Their price has grown more than in 200%.

Influence of bitcoin and other cryptocurrencies on the world market

Thanks to the cryptocurrencies’ price growth, the value of different companies’ stocks increase too. The prime example is Longfin Corp. The cost of its stocks has literally skyrocketed. It has increased in 40 times after the purchase by Longfin Corp of a blockchain company, which specialized on the matter of microlending.

On the basis of all of the foregoing it may be stated, that cryptocurrencies really have an impact on the real world economics. Investors are ready to put more money to the companies that underline their connection with popular cryptocurrencies. And these corporations will spend the funds to the benefit of the real economics.

Share your opinion about the change of prices of cryptocurrencies and about their influence on the world economics in the comments.