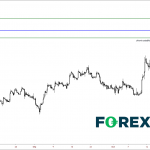 According to Investopedia, “a gap is an area of a chart where a security’s price either rises or falls from the previous day’s close with no trading occurring in between.”  Let’s look at the logic behind this:  traders don’t perceive value above or below the previous day’s close until a certain level.  Traders will step into the market at a certain level usually for 1 of 2 reasons:

The first price traded will be the price to measure the distance of the gap (from the previous day’s close to the first price level traded). Large gaps can be dangerous to a solvency of a trader.
It’s rare to have a gap in currency markets, as they are traded 24 hours.  Therefore, there is no open or close to “gap”.  However, currency markets can gap over weekends, as the market is closed from Friday evening New York until Monday morning Asia.
The UK Parliament vote on Saturday is a binary event.  The vote is going to either pass or fail.  As a result, the markets are likely to gap on the reopen Monday morning in Asia (Sunday evening in US).  If the Brexit vote passes, the Pound and Euro pairs, along with stock indexes, are likely to gap higher.  If the Brexit vote fails, the Pound and Euro pair, along with stock indexes, are likely to gap lower.
As an example, let’s say that I believe the Brexit vote will fail, and I am short GBP/USD from 1.2925.  I have placed a stop at 1.3025 (100 pips away).  Assume now that the Brexit vote passes, and price gaps higher on the Monday morning Asian open to 1.3175.  My stop order (which is now a buy or “get me out” order) will not be filled until there is a seller, which is at 1.3170 OR HIGHER, depending on how many other sellers are at that level.    Therefore on the gap, my stop order, which was a 100-pip loss, now becomes a 250-pip loss.  This is the reason gaps can be so dangerous to traders. 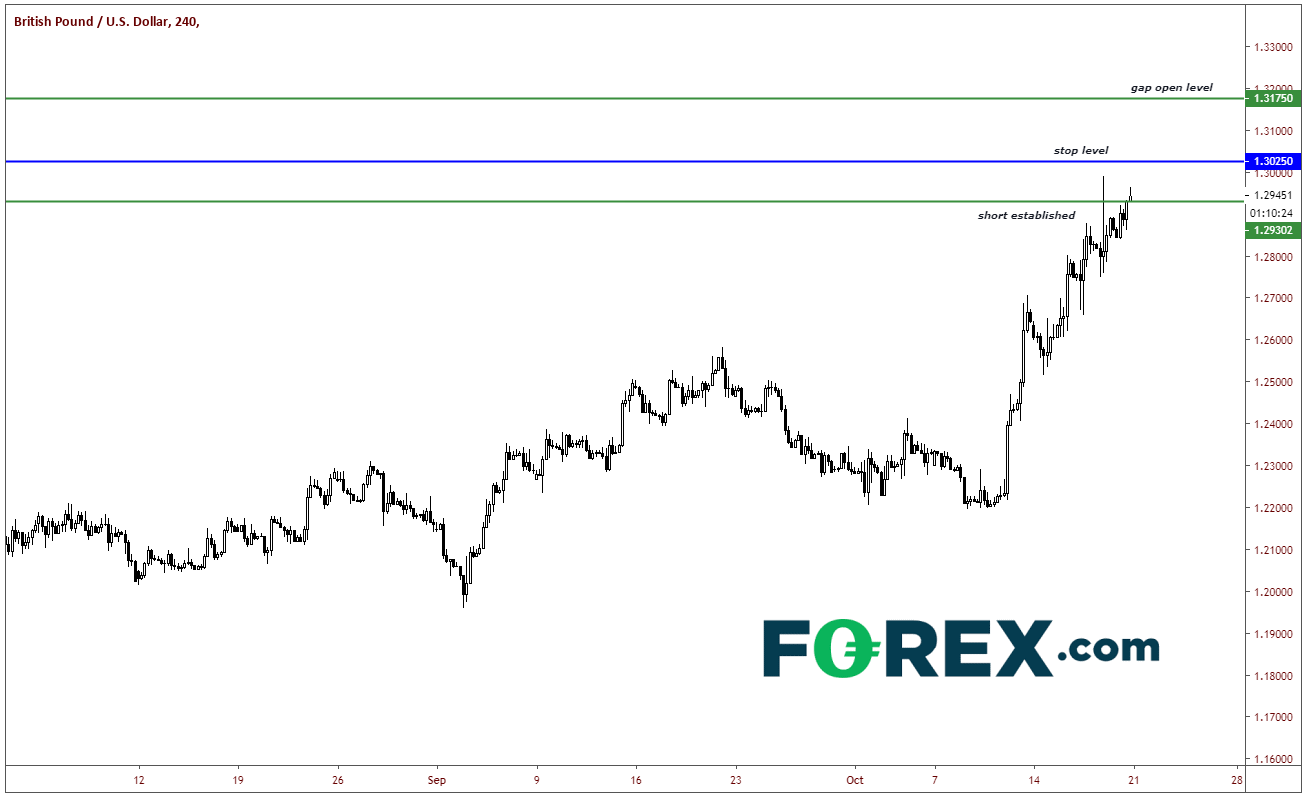 Source: Tradingview, FOREX.com
On the other hand,  if price gaps lower, I could be in the money by the same amount.  Acceptable risk/reward should be considered for each trader.
My colleague Matt Simpson wrote about measuring GBP price possibilities via implied volatility earlier today.  Check it out here.