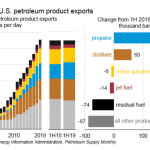 As the OPEC’s December meeting in Vienna draws closer, the behind-the-scenes discussions on the next production level decision are intensifying as is the flow of sideways comments from the cartel’s oil ministers. In the past week, Saudi Arabia, which has ended up with lower output levels not only because of planned cuts but also because of the attack on the Abqaiq refinery, hinted that it is keen to see other members stick to their output quotas, wagging an accusatory finger at Iran and Nigeria.
During the week ahead, look out for a response from Russia which is less than keen to rein in its output. The CEO of Russia’s Rosneft, Igor Sechin, made it openly clear that he is opposed to cutting production and recently indicated that Saudi Arabia should mind its own business rather than put pressure on Russia to reduce output.
Irrespective of the less-than-amicable comments, oil producers are facing stagnating demand and a build-up of reserves which may force OPEC into not only extending existing output restrictions but also adding new ones to meet slowing demand.
API WEEKLY CRUDE STOCKS
US crude oil production is now running at an all-time high of 12.4M b/d, which is partially catering to slightly higher domestic demand but is also being increasingly exported abroad. According to the EIA the gradual increase in US exports will mean that the US will become a net exporter of petroleum in the last quarter of this year. 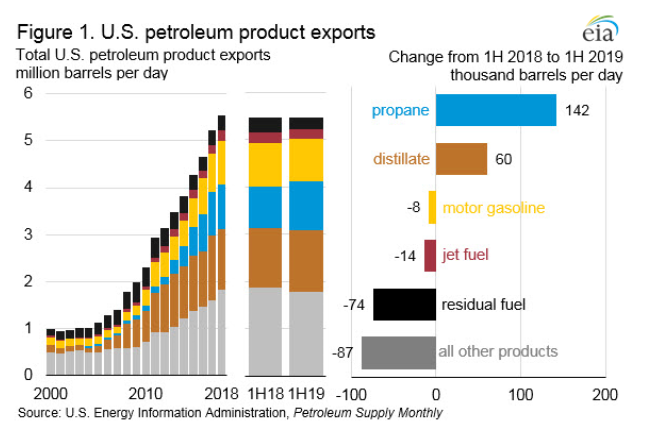 The API stocks on Tuesday and EIA weekly petroleum reserves on Wednesday will show if the domestic US stock levels are continuing to build as they did in September and October or if increased exports and domestic demand are managing to balance out the US oil market.
Expectations for US GDP data on Wednesday are for a slight slowdown from the 2% growth in the second quarter, which tallies with other economic indicators over the last few months. A slowdown in domestic growth will not be supportive of the oil market and may require a re-think on domestic production levels. 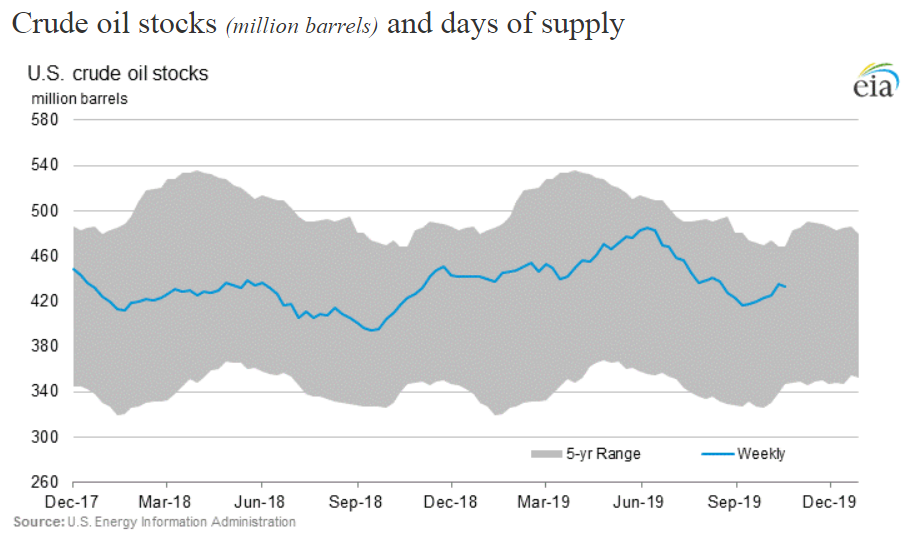 Why is it important?

Indicator of demand from the construction industry

Indicator of the state of US manufacturing. Previously at 51.5

BP Earnings Results on Tap
BP’s results on Tuesday will provide more information on how badly the oil’s dips below $60 in the last quarter affected the company’s upstream operations. Hurricane Barry slowed down production in the Gulf of Mexico during Q3 as did maintenance activities and seasonal turnaround. Lower prices would have worked in favour of BP’s downstream business. But weaker demand for petroleum products caused by an overall weakening of the global economy is also likely to have affected BP’s refining operations.