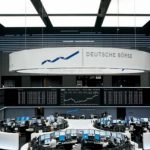 The scandalous Rogue Trading style has its own legends and heroes. Those people we’ve selected, made it to the list because of their talent and confidence with which they flushed millions and billions of dollars down the drain. Causing massive crisis, job losses and even existence of century-old institutions.

Nick Leeson is a living legend, who killed the second oldest bank in Europe’s history — the Barings. Initially a derivative trader, he made seemingly a good career and soon was dispatched to Singapore, where he gained “big profits” for Barings. In reality he caused gargantuan losses, which led to the bank’s downfall.

Trader at Kidder Peabody, Jett hacked the company’s digital system and launched a script, which showed fake profits: $264 million “earned” by him. In reality the company lost $75 million.

Upon investing in Russian bonds (100:1) in 1998, he lost $4.8 billion momentarily due to the country’s default. American government together with some Wall Street companies had to save his hedge fund to avert a disaster.

Working for DMG, he set up fake puppet companies, through which speculative betting in the European market was done. As a result DMG lost nearly $0,5 billion and 80,000 of its investors were hustled.

Trading natural gas derivatives, he caused the Bank of Montreal $237 million in losses. He tried to conceal it, only causing more losses — $853 million this time.

Trading currency, Rusnak didn’t quite understand what he was doing, losing $691 mil. 1,000 people were fired and he ended up in the slammer.

The used-to-be Enron’s CEO, he lied about profits and concealed losses, dumped the balance sheets and started a myriad of offshore companies. As a result: billions lost, thousands fired, $101 billion company Enron ruined.

Old Rob, while serving in California as the Treasurer-Tax Collector, managed to close a lot of extremely levered deals. He reached the 292% leverage and his collateral was composed of the US Treasury bonds. As a result, the Orange County went bankrupt exclusively thanks to him.

Author of the greatest Ponzi scheme and ex-NASDAQ head, he milked billions of dollars from the investors and stored them in offshore entities. Life imprisonment was his final trophy.

Hunter gambled on natural gas and in 2005 his finest hour came: hurricanes Rita and Katrina ravaged the US Gulf Coast, making the energy prices go through the roof. But after the danger was gone, the hedge fund Amaranth lost $6.6 billion and ever since Hunter was on the run.