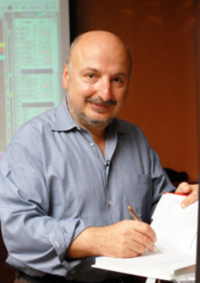 To date, Alexander Elder is mostly known as an American stock exchange trader and an author of several books. However, it’s rarely mentioned that his main field of activity is medicine, where he is quite successful as well: his clinic is functioning and has a good reputation in the US.

Alexander was born in Leningrad, but shortly after his family moved to Estonia, where he lived all his childhood and youth. He entered the Tallin University of Medicine and upon graduation he applied for a job on a ship to attend sailors.

In 1974 ended up in Africa, where he asked the American Embassy to give him political asylum. Shortly after he was secretly brought to New York.

In 1976 he founded his own mental clinic.

In 1978 he opened a new firm called Financial Trading Seminars, which specialized in stock exchange trade coaching and investment consulting. The Russian immigrant himself was an amateur trader and acted only as a manager of the trading school.

Over the years, Alexander has lost millions of dollars due to ill-considered investment strategies, but every time he returned to his main job in the clinic and after a while came back to trading with new funds and new ideas.

At the present time he is regarded as one of the most respected consultors and coaches in the USA, Europe, Asia and Russia. He wrote more then a dozen books. The most popular bestseller among them is called “How to Play and Win on the Stock Exchange” with 12 million copiesprinted in many languages.

Good – I should definitely pronounce, impressed with your site. I had no trouble navigating through all the tabs as well as related info ended up being truly simple to do to access. I recently found what I hoped for before you know it in the least. Quite unusual. Is likely to appreciate it for those who add forums or something, site theme . a tones way for your client to communicate. Excellent task..