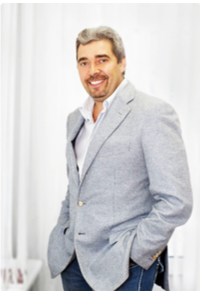 Alexandr Gerchik’s story is a story about persistence. With nothing but cook’s degree and weak English skills he managed to become one of the most successful Wall Street daytraders.

Alexandr Gerchik is a ‘Russian legend’ of the American daytrading. Over the course of past 9 years he has never had a negative profit in the Forex market, which earned him the status of the safest exchange trader that ever existed.

His biography is quite unusual:

He was born and raised in Odessa where he studied cooking.

When he turned 22 he moved to America, where he worked as a taxi driver for about 3 years. He often gave a ride to rich brokers and investors from Wall Street, whose conversations sparked in him an interest for trading.

In 1996 he finished 4 months long trading courses and got a job in Worldco company. At first things were going well, but then he wasted a large amount of money over the course of 3 weeks.He got depressed, but a couple of months later he managed to come back with the followingmotto: “Learn how not to lose, and you will start winning”.

In 2003 he became the manager of daytrading firm Hold Brothers;

In 2006 Gerchik’s strategy was regarded as the safest one from 2000 strategies presented by daytraders from all around the world. In the same year he participated in the Wall Street Warriors TV show.

He never had a single lossmaking day since 2009. Thanks to that, Gerchik’s method is used by thousands of young stock market players.

Nowadays he runs several dealing centers, makes business on NYSE, Moscow and London stock markets and has his own YouTube channel. He wrote a number of books, the most popular among which are ‘Stock Exchange for Blondes’ for beginners, and autobiographic ‘The Exchange Grail or the Adventures of Pinocchio the Trader’. He actively lectures and coaches.