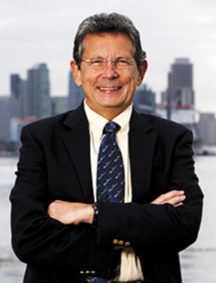 Larry Williams is a trader with a pretty mundane biography. However, he managed to achieve the highest return rates in the world. At the Robbins World Cup in 1984 he managed to raise his starting deposit for 11000%. In 1994 he repeated his feat and earned 1 million dollars with a starting deposit of 50,000 dollars.

Larry was born in an ordinary American family. He had a penchant for writing, and therefore he entered the Faculty of Journalism at the local university.

For a long time he worked as a financial reporter in a small New York newspaper. He often had to deal with analytical data, which sparked interest in finance in him.

He studied trading by reading books in the State Library of Oregon. In addition, he used his position to meet with well-known investors and consult with them about certain unclear and difficult to understand moments.

He traded on NYSE, and in 1996 he started teaching. Williams is an author of a large number of books, including Long-Term Secrets to Short-Term Trading and Secrets of the Futures Market.

Larry Williams contributed to the development of day trading. Also, he created a theory about how the season and day of the week can influence stock markets. He developed some indices, most of which is still used on the modern trading platforms, namely Ultimate Oscillator, R% andСОТ, and proved the practical effectiveness of high leverage levels.