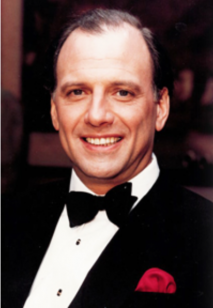 Martin Zweig’s name is often mentioned alongside with the names of famous psychic mediums, such as Edgar Cayce and Vanga. The majority of stock exchange predictions he made wassupernaturally accurate.

In 1987 he predicted a grim future for the financial state of the USA and recommended traders to cease any financial activity. In the same year, the market collapsed, resulting in a new Great Depression. All predictions he made were based on the comparison of the current state of the market with events that happened in the past decades. This led him to a theory of the cyclical nature of the economy.

Zweig dreamed of being rich from his early years, and so he spent all the pocket money that parents gave him on the shares. The first stock he bought belonged to General Motors, which very soon multiplied the boy’s capital.

Martin Zweig’s amazing predictions and sure-fire deals were a result of an analytical mindset, penchant for a deep analysis and 3 academic degrees:

In 1964 he graduated from The Wharton School of Business;

In 1967 he finished the Miami University and became The Bachelor of Business Administration;

In 1969 he became a Doctor of Philosophy in Finance.

Starting from 1972 he was regarded as the most influential Wall Street analyst, and as one of the most important investors in New York. He spent money as easily as he earned them, and his residence on the 5’th Avenue became a symbol of wealth and prosperity. After Zweig’s death in 2013 the house was sold for $125 million.