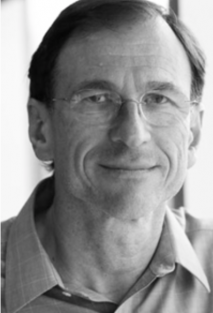 Michael Marcus was in born in 1956 in an ordinary American family and always wanted to get an academic degree and a good job. After the graduation from the Hopkins University he entered a PhD programme in order to become a PhD in Psychology. He got involved in trading by a chance: his friend offered him financial services and brought him to the Reynolds Securities’ office.

However, his career began literally with every mistake a trader can make. His entrusted his money to the fraudster, and his first deposit ($1000) was lost without any profits. After that, Marcus became the broker himself and started playing his own game.

Soon after that he spent all remaining money on contracts for corn. A large portion of that year’sharvest was destroyed by grasshoppers, and prices for corn were higher than ever. Thanks to that, Marcus managed to multiply his capital by 10 times. However, next year he invested in corn again and lost about 90% of the profits he received last year.

In 1971 he moved to New York, where he met Ed Seykota and became a member of the expert group that tested new strategies of trading in trends. Since the trend for plywood prices steadilygrew, Marcus bought a large amount of futures for plywood. He turned out to be right – in 6 months the price for plywood has doubled.

Unfortunately, before long the state price adjustment led him to yet another failure. Michael became bankrupt and was forced to work as an ordinary analyst in Shearson. For a whole year he saved money to try to gain a foothold in the stock market once again.

After that Marcus drastically changed his method. He meticulously worked out every step he made. With the opening of the Forex market he began to trade in currency alongside trading infutures and kept an eye on the latest trends. In a couple of years he became a millionaire, but that was not enough for him. He also began to trade stocks and lecture to novice traders. Nowadays he is regarded as the most educated trader in the world due to his unmatched financial expertise.