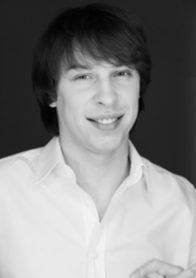 Roman Vishnevsky – is the most modest trader-millionaire from Russia. He doesn’t advertise his lectures and doesn’t write books. However, Roman is 33 years old and he already owns a hedge fund and is a co-founder of a major trading organization, United Traders. United Traders’ news portal is widely known among traders all over the world.

He was born in Cheboksary, but he spent most of his childhood in Germany where his parents worked. Upon his return home he moved to Moscow and entered the HSE School of Finance.

Vishnevsky’s first trading experience was quite eventful: at first he raised the starting capital that parents gave him by 30%, and then he completely wasted it due to hasty decisions and a lack of proper experience.

For a short period of time he worked for the Canadian dealing center on the remote basis. Roman never mentioned the name of this center.

In 2009 Roman and his partners founded United Traders. The firm became a rallying point for the most experienced traders in Russia. To get a job in United Traders you had to deposit $5000 and trade for 30 days in a row without any losses. The person who passed the test received a couple millions of dollars to further hone their skills.

In the same year he founded Kvadrat SPC – a UT-compatible hedge fund.

Nowadays Roman is the leader of a successful youth community. He also started the UTChallenge, that allows novice traders can learn scalping and become part of the professional team in case of good results.