Thursday could be an extremely volatile day for the USD/CAD.  Tomorrow, Canada releases the Employment Change for March, which is expected to be -350,000 vs +30,300 in February.  As with the US Nonfarm payrolls last week, Canada is expecting a large drop in employment due to the coronavirus. Recall in the US last week, that while  -100,000 jobs were expected, the actual number was -701,000.  We could see a similar miss in Canada’s data.  However, as with the US, the worst of it will most likely be seen in April’s data as opposed to March’s data.
In addition, the same time Canada’s employment data is due, the US will be releasing Initial Claims for the week ending April 4th.  The expectation is only for 5,250,000 new jobless claims vs 6,648,000 the prior week.  That followed the 3,283,000 from the week ending March 21st.  Hopefully the number will be near the estimate, or at the very least, under last weeks!  These 2 events could add significant volatility to the USD/CAD.
If that weren’t enough, OPEC+ is planning a virtual meeting tomorrow to discuss oil production cuts.  Given that Canada is an oil exporting led economy, decisions made will likely affect the value of the Canadian Dollar.  Earlier today, the Algerian minister suggested that there will be a massive reduction in production, which could reach 10 million barrels per day.  As a result, WTI Crude is up 7.5% today while USD/CAD sold off 50 pips after the announcement.
USD/CAD is currently in a large symmetrical triangle dating back to March 12th.  Price has recently pulled back to the 38.2% Fibonacci retracement level from the low on December 31st, 2019 to the highs on March 19th, near 1.4010.  The pair is consolidating at that level which is also near the apex of the symmetrical triangle. 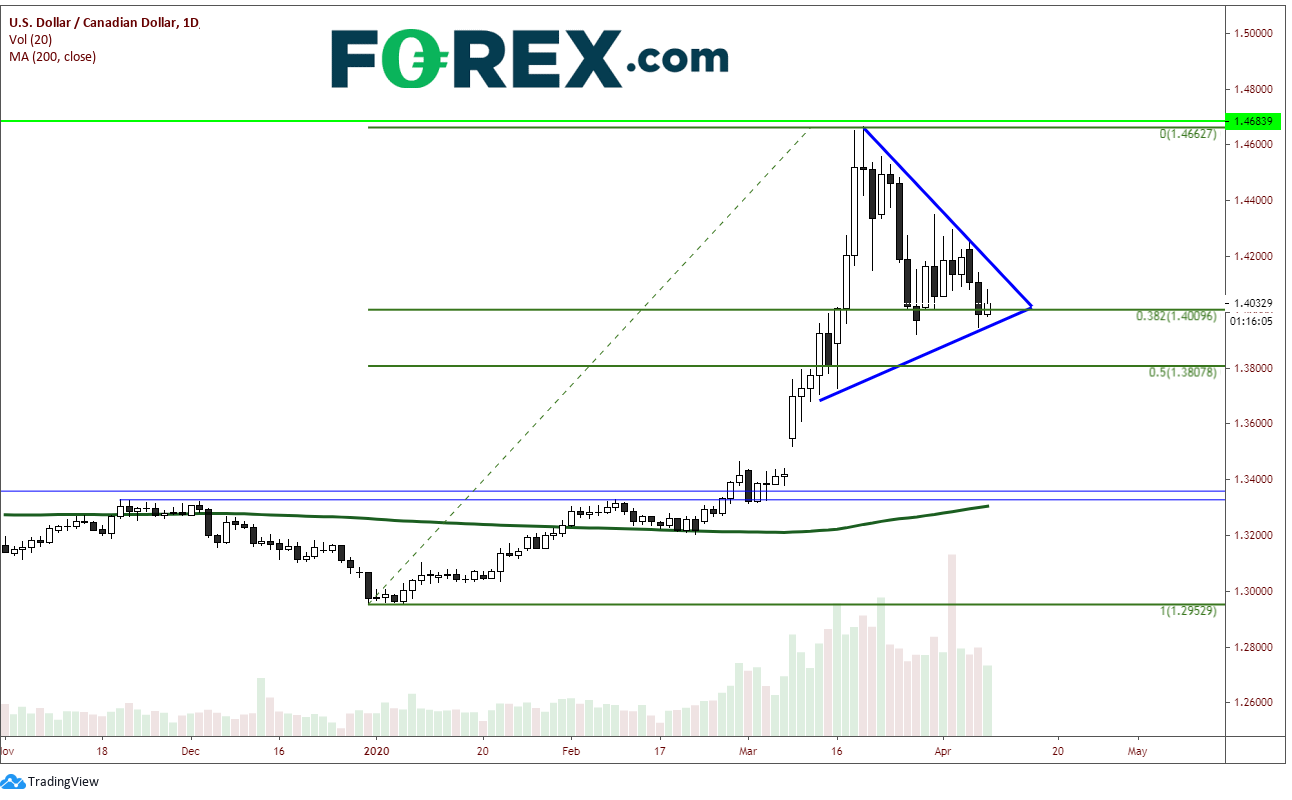 Source:  Tradingview, FOREX.com
On a 240-minute timeframe, USD/CAD is holding just under horizontal resistance near 1.4075.  Trendline resistance on the daily is above there near 1.4200, and horizontal resistance once again near 1.4375.  Support is at the 50% retracement level of the previously mentioned timeframe near 1.3809, the 61.8% Fibonacci retracement at 1.3604, and finally the gap-fill from the weekend reopen on March 9th near 1.3436. 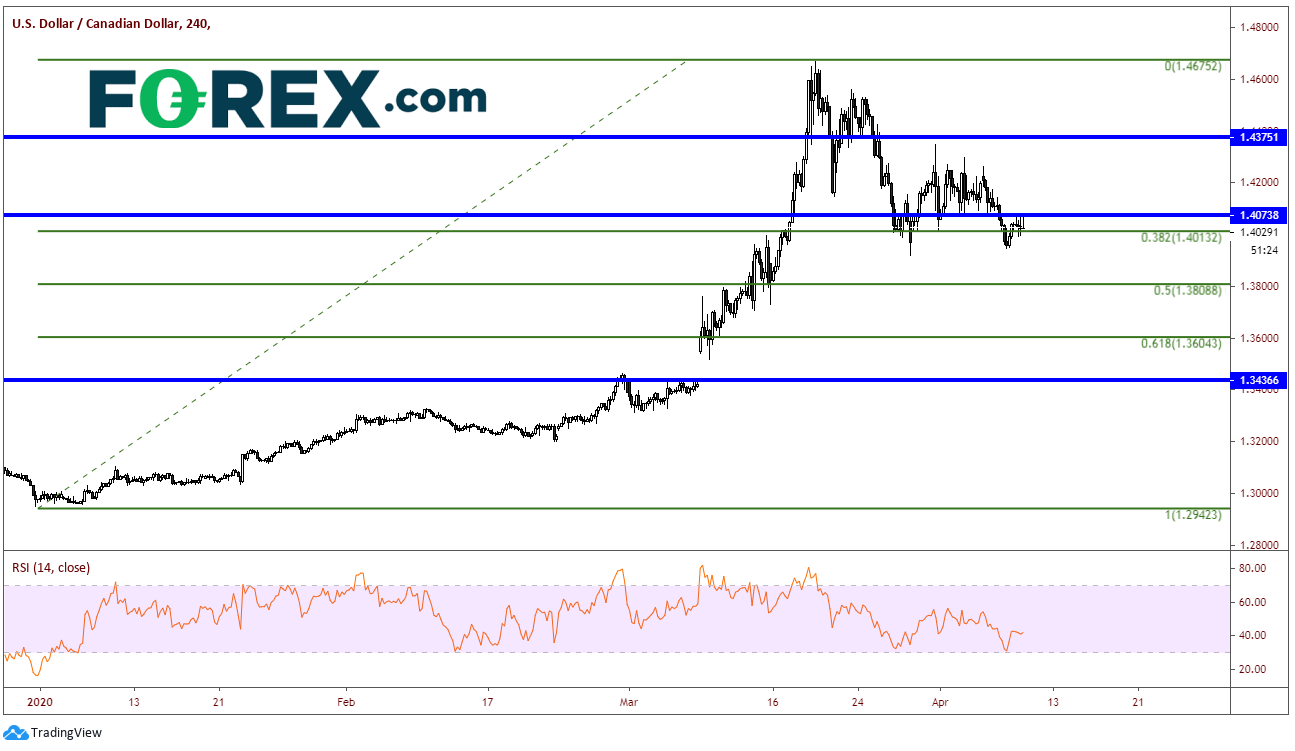 Source:  Tradingview, FOREX.com
Three big events, three big chances for volatility in USD/CAD tomorrow.  However, be on the lookout  for comments overnight ahead of the OPEC meeting, which could set off some fireworks!