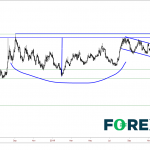 The South African Rand gapped lower on Sunday evening as Moody’s maintained its investment grade rating for South Africa.  Many were expecting the credit agency to downgrade the rating, as the budget forecast for South Africa showed that the financials of the county were deteriorating.  However, although Moody’s did maintain the investment grade rating, they did cut the outlook from stable to negative.
On a daily timeframe, it looks as if USD/ZAR could be forming a cup-and-handle formation dating back to August of 2018.  After the pair broke higher in February of 2018, it spiked higher to a high of 15.3861. The pair pulled back to near the 61.8% retracement level of that same timeframe to 13.3243 and began a rounding bottom formation (the cup) back towards the highs.  USD/ZAR retraced back to near the prior highs to 15.4939 and appears to be currently putting in the “handle” portion of the cup-and-handle formation.  The target for the cup-and-handle formation is the distance from top of the cup to the bottom, added to the breakout point from the handle.  In this case the target for USD/ZAR is near 17.4000. 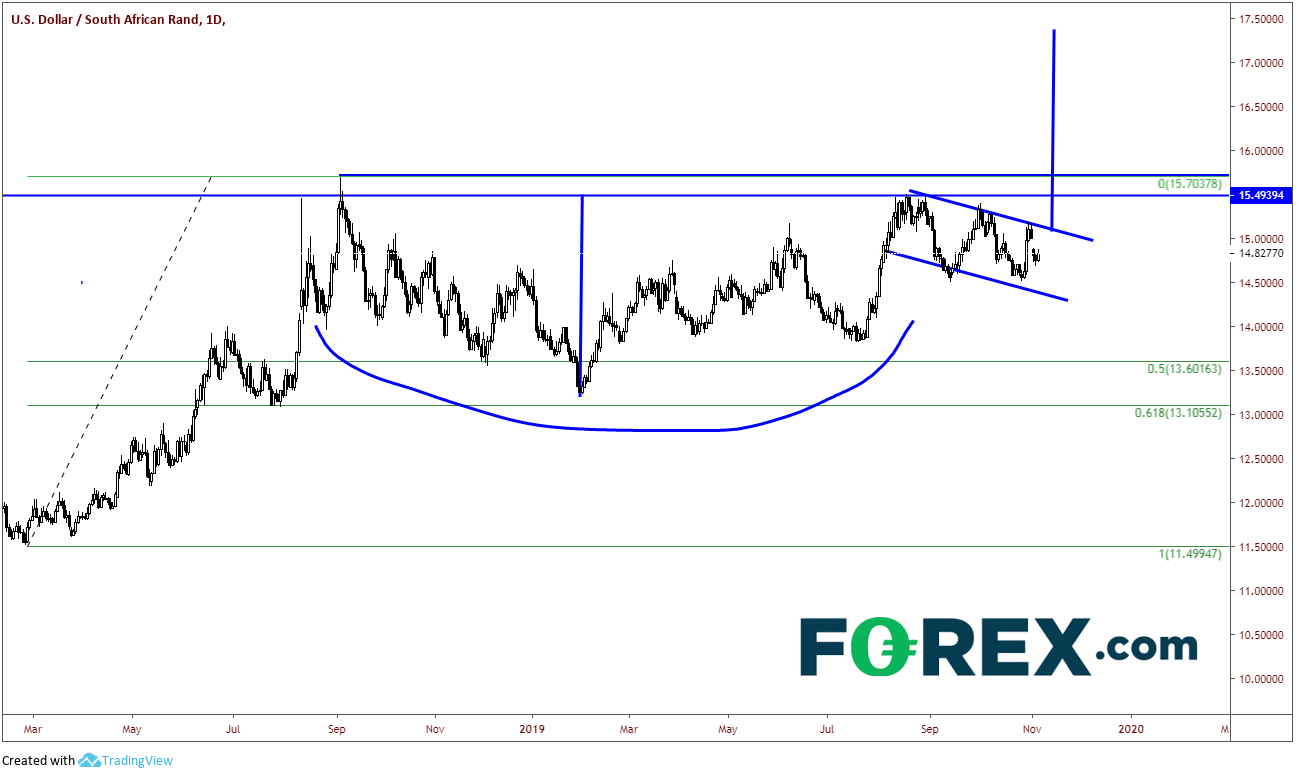 Source: Tradingview, FOREX.com
On a 240-minute chart, we get clearer picture of the “handle”.  USD/ZAR began pulling back and trading in a downward sloping channel.  Before the initial pullback off the high, the pair put in a double top and reached the target near 14.5000 in mid-September.  Price has been range trading within the channel between 14.5000 and 15.4000 since then.  However, on Sunday, price gapped lower from 14.9858 down to 14.8886.  Currently, price appears to be trying to trade into the gap. 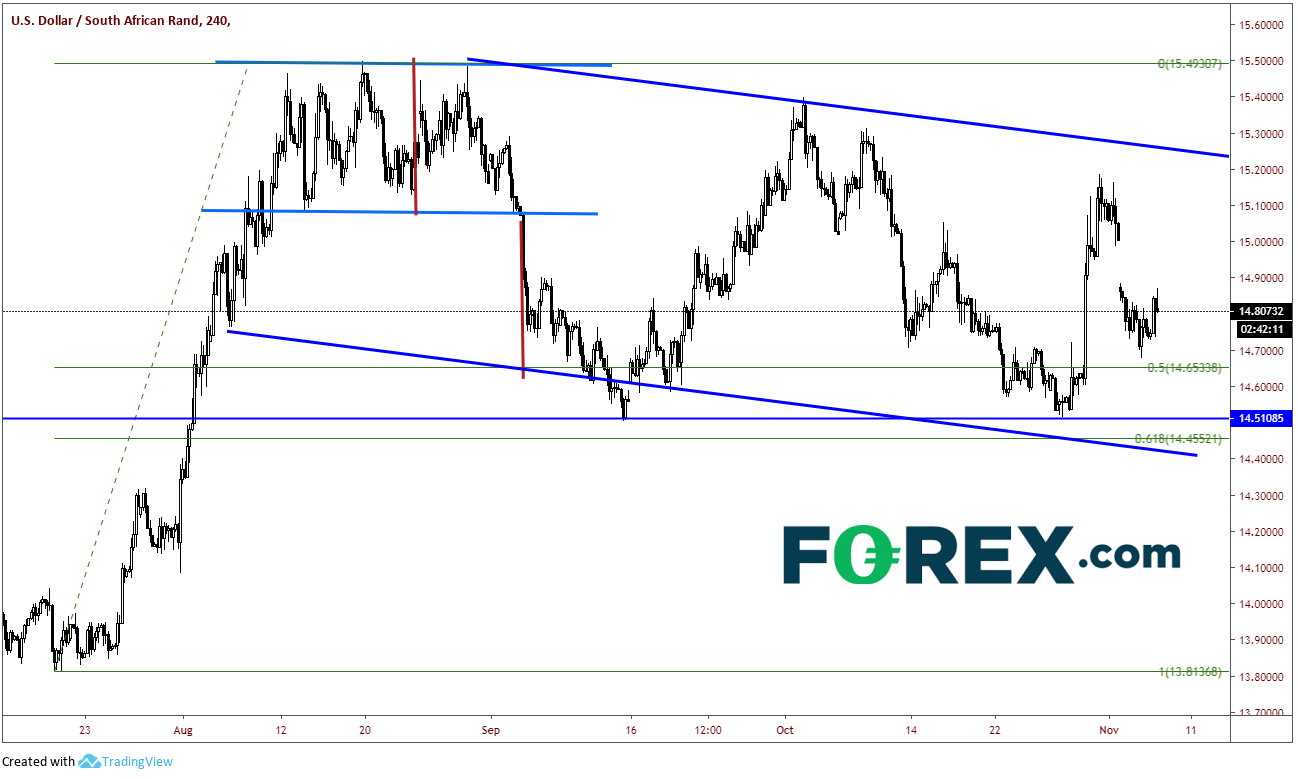 Source: Tradingview, FOREX.com
First resistance comes in at the gap fill of 14.9856.  Above there, resistance is at the top of the downward sloping trendline near 15.2500.  Next resistance is at the “handle” highs near 15.4939.  First support is yesterday’s lows at 14.6761.  Below that is horizontal support from the lows on both September 13 and October 28th at 14.5108.
Keep an eye on the gap!  That is the first step in fulfilling the cup-and-handle formation!