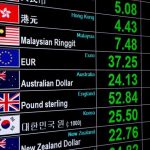 In this article, we will find out which currency pair is more profitable to trade for a Forex newbie.

Imagine you decided to study medicine, and you need to choose a specialty. You can’t be a dentist, a gynecologist, and a vascular surgeon at once. You should opt for one specialty among hundreds of options to become a professional. The same goes about Forex trading. You can’t trade all pairs available but narrow your choice to a couple or three and make the most of them.

Still, for a range of evident reasons, Forex novice traders can find it very difficult to pick up “tried-and-true” currency pairs to start gaining profits. This guide is to help inexperienced Forex traders decide what currency pair is better to begin with.

What Forex pairs are ideal for rookie traders?

Most seasoned Forex traders recommend newcomers to pick the EURUSD pair because:

Surely, a beginner trader will hardly develop a good sense of trading ranges and learn to make money on Forex if choosing only one currency pair. That’s why we suggest paying attention to the GBPUSD pair, which is characterized by a similar style of behavior as the EURUSD because Great Britain is still included in the European Union. At the same time, GBPUSD is more volatile against the latest Brexit news, meaning a single relevant event can trigger significant alterations in the pair’s price movements, creating opportunities to make money on its ups or downs.

AUDUSD is also an appropriate currency pair for beginner Forex traders because it is very popular (say liquid). The high demand of the Australian national currency is explained by the fact that the country has been experiencing an economic boom over recent years, which made it one of the most influential economies on the planet (Australia is so far among the largest coal and iron ore exporters). The allure behind this pair for a novice Forex player comes from:

It is not quite the end of suitable currency pairs for low-skilled Forex enthusiasts. In fact, any pair with major currencies in it has high liquidity and is easy to get started at the foreign exchange space. These include:

However, there are some currency pairs which are not very good for unpracticed traders. Beginners should avoid exotic crosses like EURTRY, USDSEK, USDNOK, USDDKK, USDZAR, USD/SGD, and so on, because they are tough to predict, involve high transaction costs, have large bid-ask spreads, and are less tracked by market analysts compared to more traditional pairs.